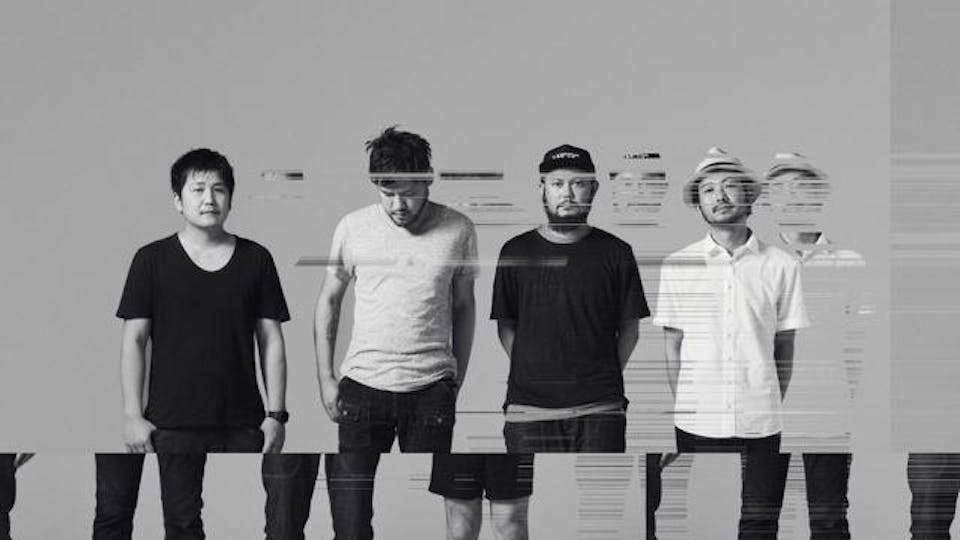 Toe is a Japanese music group. While mentioned in many post-rock circles, their song structure and dynamics are similar to many popular math rock artists.

toe is composed of Kashikura Takashi on drums, Mino Takaaki on guitar, Yamane Satoshi on bass guitar, and Yamazaki Hirokazu on guitar. Toe has formally played with this line-up since the band’s inception in 2000. They are currently one of three bands on the indie label Machu Picchu, along with the band mouse on the keys and Enemies.

The vast majority of the music is instrumental and features the swift and acute drumming of Takashi. The band is also known for its melodic, clean guitar settings. Additionally, the compositions have repetition from typical rock motifs, but use very subtle changes in beat and rhythm to form a unique sound. The band has changed their sound over their musical tenure by incorporating acoustic guitars, rhodes piano, and vibraphones in their most recent releases.

The band tours regularly in Japan, and can most notably be compared to acts such as Pele and The Album Leaf.

The beauty of their majestic music is that is sounds as if mystical harmonies and raw emotion is being churned out at the same time. Their explosive live performances have had fans across the globe spellbound. Their inspiring performance at FUJI ROCK FESTIVAL 2010 has recently been the most memorable.